Camel in Action / Apache Camel is not for everyone

Writing books is really hard, and you may think that when the book is finally published, you are all done. Well that is not the case for technical books, where our industry and the software stack the book covers is evolving. 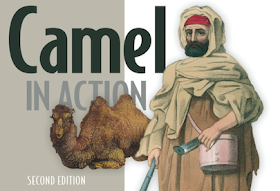 For the Camel in Action books where we cover Apache Camel (no shit sherlock) is the same. We are from time to time, updating the source code examples to use newer version of Camel. This is curtesy to our readers so they have examples that runs on the latest Camel version at the time, and also used as a test-bed for the Apache Camel project, when we are testing/voting on new release candidates.

As an author you are also contacted from time to time by readers, whom have question to the book, its examples, and about Apache Camel in general. Thank you for the feedback and we love to get in touch with our readers, but sometimes we have to point people to use the general upstream community for the general Camel questions, when the subject is not specific about our book. And I would also like to thank the readers whom take the time to say thank you to us, that the book helped them get onboard Apache Camel, and other stories they can tell that made a difference.

We also get reports from the observable readers whom have found small mistakes in the book. We are very grateful for getting these to our attention so we can update the errata.

Then finally we have people doing book reviews (awesome, thank you for doing this, we appreciate all honest reviews). Most often we get positive feedback, and that the book has a lot to offer the readers. However we occasionally get the reviews from readers whom very likely have the book for the wrong reason.

For our second edition, we have two such examples from Amazon US and Germany. I have to the best of my ability responded to those reviews, with our point of view, and trying to explain/address their critique. All we want is for potential new readers to have the fact at their hands, and can make a better decision whether to purchase the book or not.

And I want to end this blog with me officially saying


Apache Camel is not for everyone 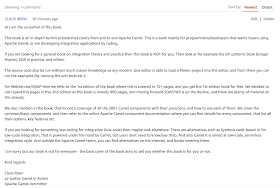 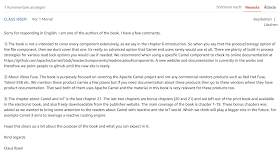